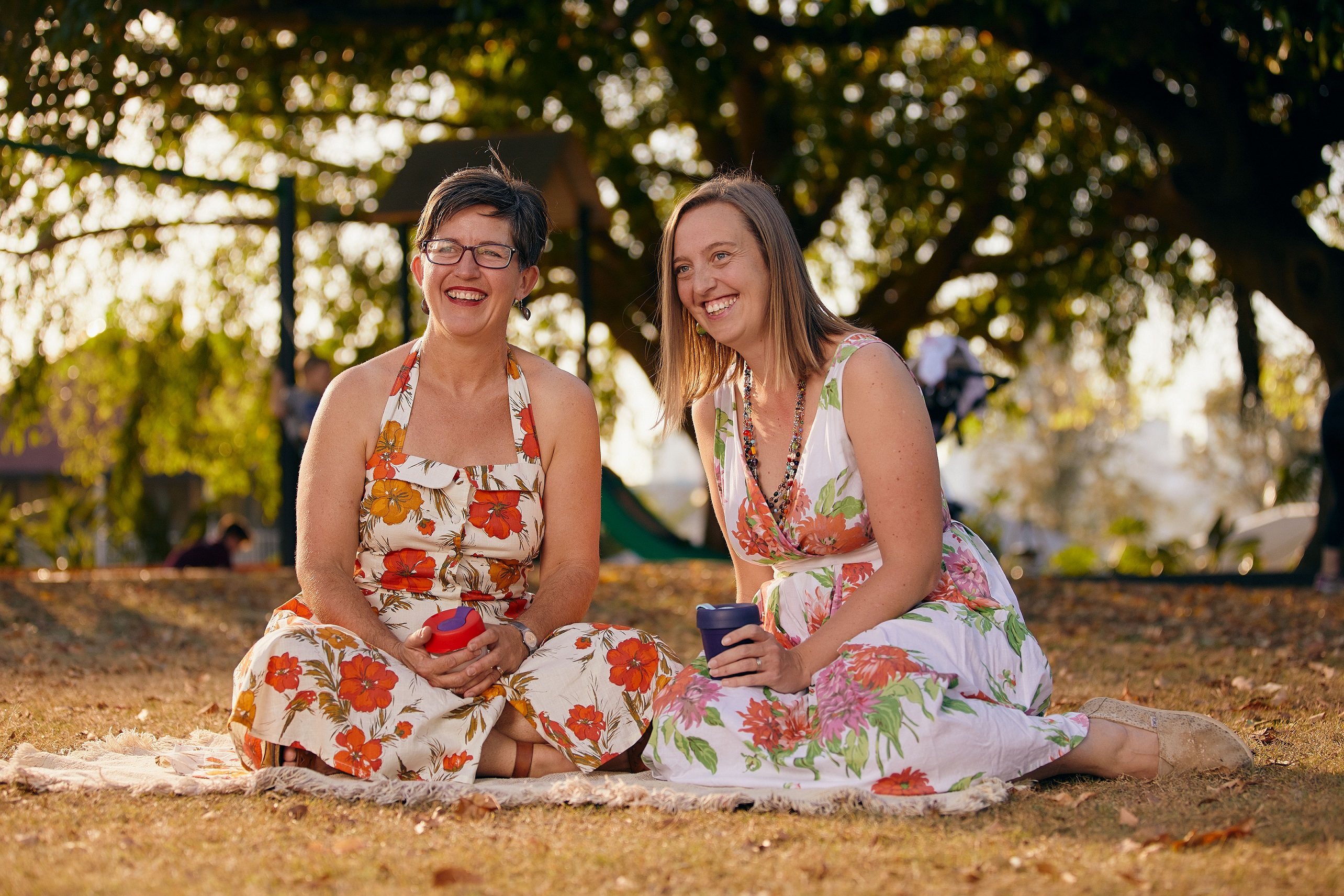 The Greens have announced their Mayoral and Coorparoo Ward candidates — Kath Angus and Sally Dillon — two friends and south-side mums who have teamed up to take on the 2020 Brisbane City Council election.

Coorparoo Ward is one of the Greens’ key winnable council seats in 2020, along with The Gabba, Paddington, and Central Wards.

Kath and Sally met met at a mothers group when they both had young babies and went on to work together on their children’s kindy committee. They have continued to work together to oppose poorly planned developments and support community campaigns.

“Sally and I put our hands up to run because we’re both fed up with a political system that gives more power to developers and big corporate donors than it does to ordinary residents,” said Ms Angus, who has spent years as an early childhood educator and is a qualified midwife.

“I’m running because while I was P&C president a developer tried to get approval for a 21-storey tower next door to our school without the community, school or the Department of Education being given a say,” said local Buranda mum and past P&C president Ms Dillon.

“As residents we’ve lost control over our neighbourhoods and our city: there’s one rule for developers and another for ordinary residents. That’s why today we’re announcing The Greens’ plan to give residents a binding vote over how their neighbourhoods are built and developed,” said Ms Dillon.

The Greens would give Brisbane residents a chance to vote on proposed new neighbourhood plans, the documents that govern the rules for development in a local area. A neighbourhood plan would have to receive majority support for it to be approved. Voting would coincide with state or local elections and would be binding.

“No-one has been listening to what locals are asking for, and our suburbs are being turned into marketplaces for wealthy developers’ pet projects. It’s time to give residents real representation and power in city planning,” said Ms Dillon.

“We need sustainable development where developers pay their share to fund investment in crucial public infrastructure like green space, public transport and libraries. But this won’t happen while all the power remains in the hands of politicians and developers,” she said.

“Taking into account record swings of 11% in Coorparoo and Greenslopes during the last federal election and the likely local government boundary redistribution, we only need a 3.1% swing to turn Coorparoo Green,” she said.