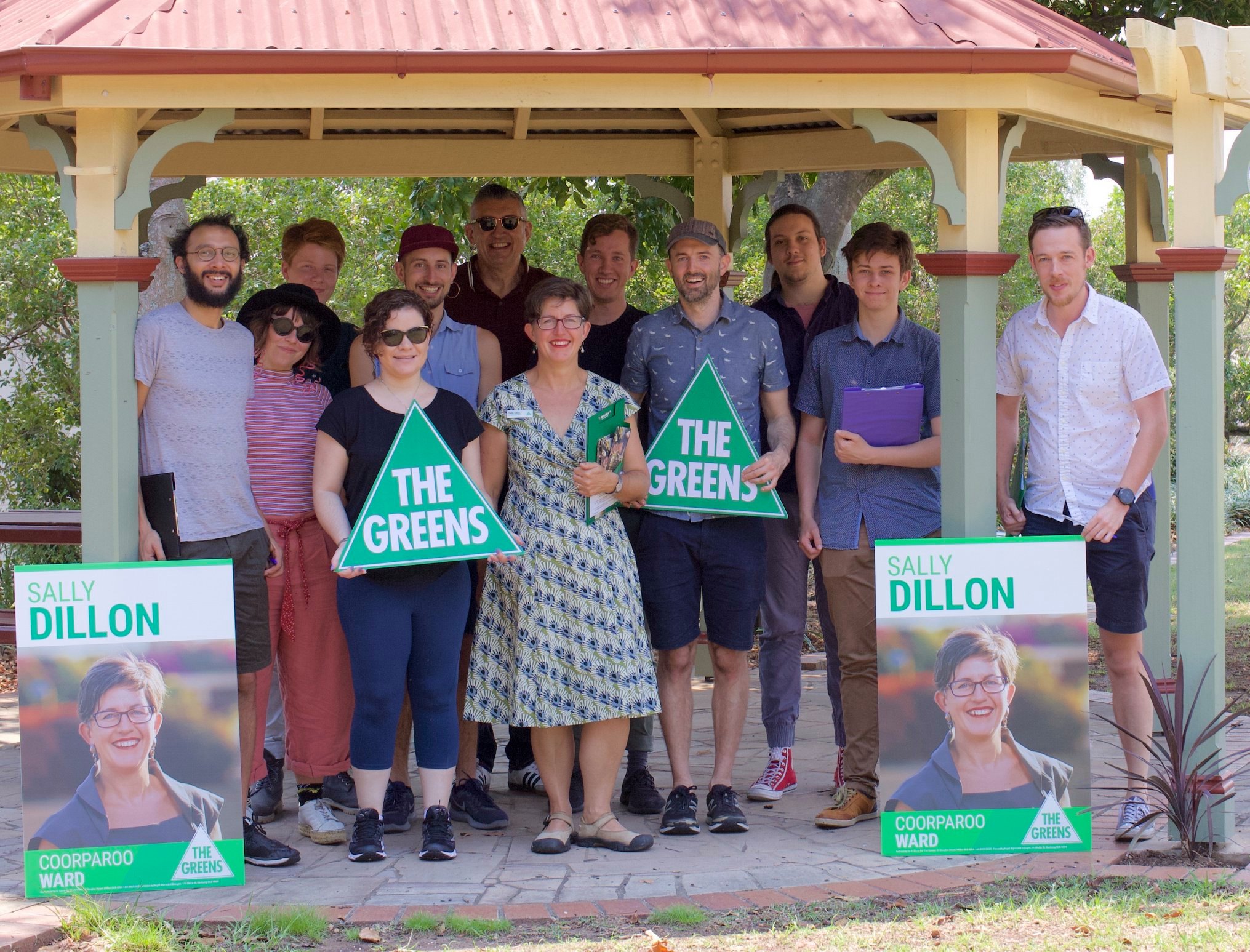 A new Greens Party branch is opening on Brisbane’s inner southside to cater for surge in membership during the recent Federal Election campaign.

One of the founders of the new Greenslopes branch, Elena Quirk, said membership had grown so rapidly that the party voted to form a new branch to make meetings more accessible and to help continue to grow the party base.

“It has been an exciting few years for us: we elected a Greens councillor for The Gabba Ward in 2016, then in the 2017 State Election we gained a 21% primary vote for Greenslopes and achieved a 12% swing against the Deputy Premier in South Brisbane,’ said Ms Quirk.

She said the party was hoping to elect at least three more Greens to Brisbane City Council in 2020, with the new Greenslopes branch supporting Sally Dillon in the key ward of Coorparoo.

Ms Dillon said she expected the new branch would help build on the momentum gained during the last few election campaigns.

“This year we mobilised more than one thousand volunteers when we contested the Federal Seat of Griffith. We pulled off the biggest swing of any Greens campaign in the country (6.8%), making Griffith now the most winnable lower-house seat for the Greens in Australia,” she said.

“That means Coorparoo is very winnable for us, and it’s going to be great to have the enthusiasm of a new branch to back up our campaign,” she said.

“Our South Brisbane Branch is now the largest in the State and we expect the Greenslopes branch will grow quickly as well,” she said.

Anyone interested in joining the party or in signing up as a volunteer can go to https://greens.org.au/qld/branches/greenslopes