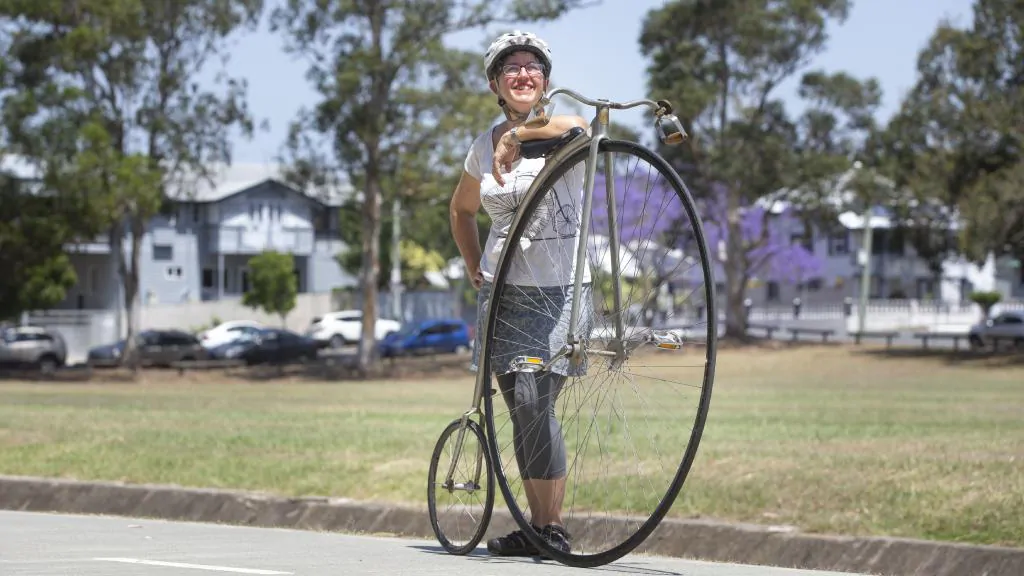 Extra! Extra! Read all about it!

"One of the more colourful candidates has emerged from the starting gate in the race for Coorparoo Ward. World Champion penny-farthing racer Sally Dillon has launched her campaign as The Greens candidate at the March council elections."

The South-East Advertiser ran a front-page photo of Sally on her penny farthing with a great p4 article talking about the great conversations she has while riding her unusual campaign vehicle. 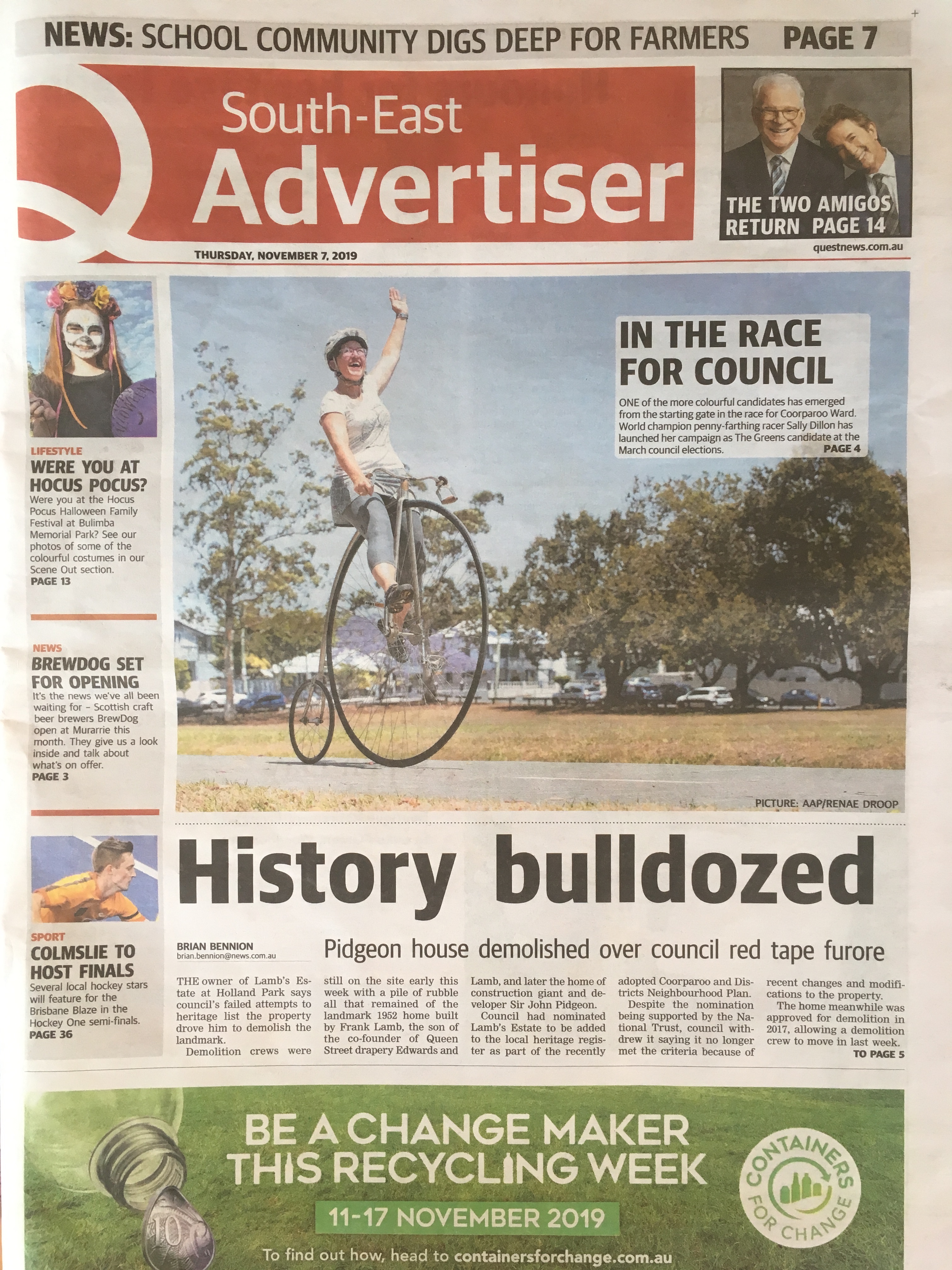